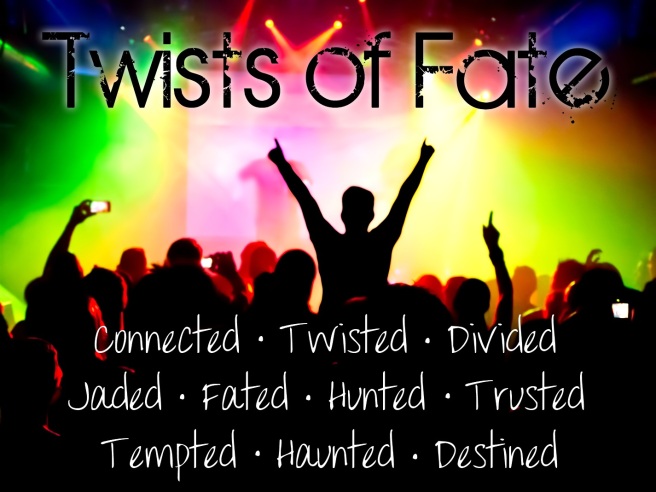 The Twists of Fate series follows the members of two closely-knit rock bands as they rock the world with their music, and “rock the worlds” of their truest loves. The journeys of our individual rock stars are turbulent at best, but I suppose that’s what happens when your future is left up to Fate.

Ah, yes…my good friend, Fate – the sassiest, most capricious SOB I’ve ever met. In all honesty, Fate may not be the smoothest entity to ever exist, but he actually proves to be pretty damned good at playing matchmaker. Of course, this is only after he manipulates, coerces, and enacts strategically-planned social experiments simply to revel in the outcomes. He claims it’s all in the name of love, but whatever – it’s all in order to satisfy his own sick, twisted sense of humor, and he damned well knows it too.

Unfortunately, there’s no controlling him. No, really…there isn’t. 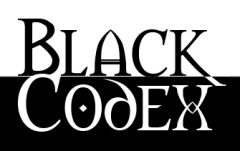 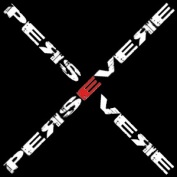 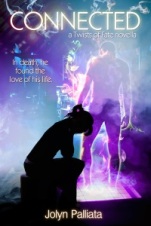 Connected (Twists of Fate #1)
A rock group’s rhythm guitarist, Rhys Alexander, dies and finds himself bound inside the body of a woman he’s never met. Can she help him move on to the other side, or will he end up finding the love of his life…after his has already ended? 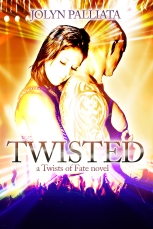 Twisted (Twists of Fate #2)
Fate tells the tale of a rocky romance between a rock star and a novelist. Rocky, because he wishes it to be.

Tavion Zaire, lead singer of the rock/metal band Persevere, is content to focus on his career, and not the screaming groupies surrounding him. Having been burned in the past, he’s both been there and done that. He even has the tee shirt and jaded heart to prove it.

Devan Reese, an up-and-coming romance novelist, writes of love, but no longer believes in it. Mousey and cautious, she prefers to hide behind her monitor, pounding out the words, rather than taking a chance at living life. She still bears the scars of the last time she’d braved it.

Fate, a troublemaking entity who likes to play matchmaker, decides these two are destined to be together. By drawing on Devan’s writer’s block, he gives her a new muse—Persevere—and with the help of his friend, Chance, he shoves them into the same space to watch the sparks fly.

But Fate can’t leave it at that—it isn’t challenging enough. Once he maneuvers the two together, he tests their compatibility by tossing in a curveball whenever possible. And it was one such curveball from Tavion’s past that finally stirs up the heartache and fears from hers. Add in the untimely death of Tavion’s friend, Rhys Alexander, a victim of Fate’s arrogance and pride, and their budding romance might never recover.

Author’s Note: This is book two of the Twists of Fate series and runs concurrently with Connected, book one. Although your enjoyment will be heightened by reading Connected first, it is not wholly necessary. It will, however, spoil the plot of Connected if you have not yet read it. 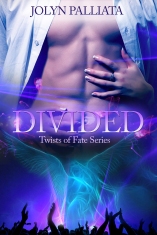